Barcelona Drinking Laws and Drinking in the Street 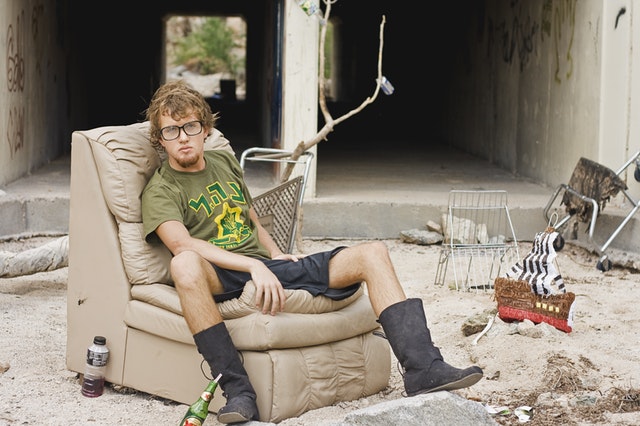 One of the favoured habits of young people in Barcelona used to be – and still is – congregating in public squares with six-packs of Estrella Damm, the local beer, and happily drinking and smoking the balmy Mediterranean nights away till the early-late hours. This activity – known as botellón locally – is a cheap and sociable alternative to drinking in bars.

Bars themselves are a slightly different proposition to what can be found in the UK or the USA. Whereas in the UK cafes and pubs/bars are very separate affairs, and Spain they just combine it all into one. Spain is one of the few countries to have more pub/bars per head than the UK, at one bar for every 132 residents. And this is great, but it’s not always exactly what an English-speaker might be expecting from a pub, with its beery carpets and wooden furniture. Spanish bars have more of a cafeteria feel, and it creates a very different atmosphere, which can feel incongruous if you want to hit the town and sink a few in the local.

Hence, why it can be popular (and cheaper) to drink in the streets instead. Sadly, the local authorities decided that this activity was not conducive towards good public behaviour and outlawed it in the early years of this millennium. Now, drinking in the streets is listed among urinating and smoking weed as a public nuisance. But, that is not the end of the story.

The licensing laws and drinking culture in Spain are quite different from what you might find in countries such as the UK or USA. For some crazy reason, they have far fewer problems with binge drinking and associated anti-social behaviour than in the UK. The culture among Spaniards (and Catalans) is to drink but not get drunk. And they have far fewer restrictions than in the USA. 18 is the drinking age limit, and once the bar opens, be it at 06.00 or 12.00 or 18.00, they are permitted to serve alcohol.

It is not an uncommon sight to see middle-aged businessmen in suits enjoying a bottle of wine together at 08.00 before heading to the office. And breakfast beers are not solely for twenty-something backpackers. Once you’ve polished off your first breakfast beer, you are then free to drink, if you so wish, until around 03.00 in the morning. And it’s all legal – so long as you can handle it. What’s more, once the bar does close, you can always hit up a club and drink there till closing time at 06.00.

From there, the savvy drinker knows that the first place of the new day to legally acquire alcohol is in the bakeries, most of which will open around 06.00. Thus, alcohol can legally be purchased twenty-four hours long.

But the black zone is generally between the closing of the bars at 03.00 and the opening of the first shops and bakeries at 06.00. This is when the beer sellers come in to play and laws start to get bent.

Barcelona is home to an underclass divided along ethnic lines. And the Pakistanis have elected themselves to be the ones who supply the street beers. They come out around midnight, and haunt well-known squares and corners where revellers can be found, selling for an average price of one euro a can.

There are a few things that should be known about this service that they supply. The first one, is that what they do in selling is illegal, and what you do in drinking in the street is illegal. It is clearly illegal to sell alcohol without a license, and so it is not an uncommon sight to see the beer sellers suddenly scurry into the shadows at the first sign of patrolling Guardia Urbana or Mossos d’Esquadra.

Second, they usually store their beers in local apartments near to the action centres, but they have also been known to store them in the drainage system. To be fair, they wrap the cans of beer in plastic bags, but nonetheless some people object to this practice. So you can’t be sure if you are drinking a beer that was recently in the sewers.

Lastly, sometimes they try to foist cheap supermarket brand beer along with the more premium beer. So look out for that. If you buy in bulk you can usually negotiate a discount.

You are Breaking the Law, but there’s a Caveat

Once you have the beer in your possession, and you crack it open, keep in mind that you are violating the law, and a fine of up to three thousand euros can be levied against you. But there are some caveats which mean that, in reality, the tradition of botellón is still going strong.

This is one of those largely unenforced laws. Take a stroll around the historical centre of Barcelona after midnight, and it will take you seconds to spot people drinking in the streets. The law against it was enacted to counter the proliferation of stag and hen parties and drunken ‘lads holidays’ which tended to get out of hand in terms of raucous behaviour. But, and here’s the crucial part, if you are calm and civilised then the police tend to turn a blind eye.

Never forget that holding that open can of beer in the street is technically against the law, and try to hide it from the police, who are well within their rights to hit you with a fine if they feel like it. But, the rule of thumb with drinking in the streets of Barcelona is: don’t give the police a reason and they won’t hassle you.